Therapeutic Yoga with the BackMitra

Hello! I am Jose Luis, I am 20 years old, and I want to tell you about what happened to me. 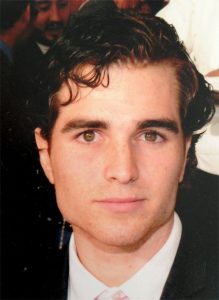 A little more than two years ago I went on a trip with my friends to Zihuatanejo, and I had an accident. At the hotel where we were staying I took a dive into the pool with terrible results; I hit my head on the bottom and I broke my neck. Although I was fully aware, I could not move my arms and legs, and I was drowning. Someone pulled me out of the water and I was taken to the hospital where I had an emergency operation to reconstruct the damaged 5th cervical vertebra; they had to use a bone from my hip to hold my spine with titanium plates and elastic bands. I had postoperative complications and suffered a cardiac arrest for 10 minutes. I was declared brain dead, and was subsequently induced into a coma to prevent more neurological damage. 10 days after that, my lungs collapsed because of an infection contracted from the water which entered my lungs when I was drowning.

Luckily the initial diagnose proved to be wrong: I woke up from the coma! I wasn’t brain dead after all! I found myself in a hospital bed immobile from the neck down and needing an artificial respirator. During the time in the hospital I started recovering little by little; I started breathing by myself, and after 4½ months I could sit up.

Since I got home I started an intense rehab program. I have worked with the BackMitra in sessions of therapeutic and restorative yoga. When I lie on the BackMitra I relax, improving my posture and my breathing, and my muscle spasticity (which is one of the consequences of spinal cord injury) is subsiding slowly. The BackMitra has helped me to sit more upright and to move my arms and legs with greater ease.

I’m sure that for people with injuries like mine, the BackMitra and therapeutic yoga are really helpful. I fully recommend it!

About the Author: Guy H.